by Sea of Bones / Ramlord 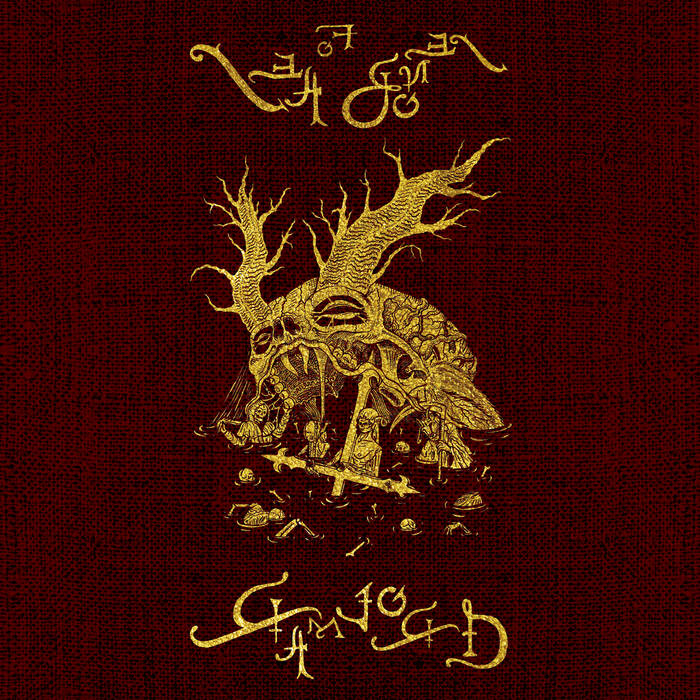 CRO))) It's so bleak and relentless. Favorite track: Sea of Bones - Hopelessness and Decay.

Nic Brown See what I mean about 2016 being the year purveyors of racket decided to pair up and for reasons that probably made sense financially decided to release side apiece records rather than full albums solely of their own work? Based on the two lengthy tracks that comprise this split. Sea of Bones are a pretty accomplished and absolutely deafening doom outfit with blackened edges while Ramlord are a fusion explosion caused by an assortment of highly volatile extreme metal traits being brought into direct contact with similarly unstable elements of hardcore punk. The results, as you can probably imagine, are punishingty loud, mercilessly savage, and absolutely essential for those occasions when normally mood-lightening music such as crossovers between sinogrime and Balearic house just aren't cutting it. Favorite track: Sea of Bones - Hopelessness and Decay.

no. this is some of the heaviest music out there. it seems they can´t do wrong! doom on fellow plebs!

This new collaboration between New Haven's Sea of Bones and New Hampshire's Ramlord guarantees genuine excitement for fans of all that is heavy. The all-consuming darkness of Sea of Bones partners perfectly with Ramlord's continued exploration of metal and punk stripped down to its essence. Poised to devour all of existence on September 16, 2016 through Broken Limbs.

Record label based out of NY.

Bandcamp Daily  your guide to the world of Bandcamp